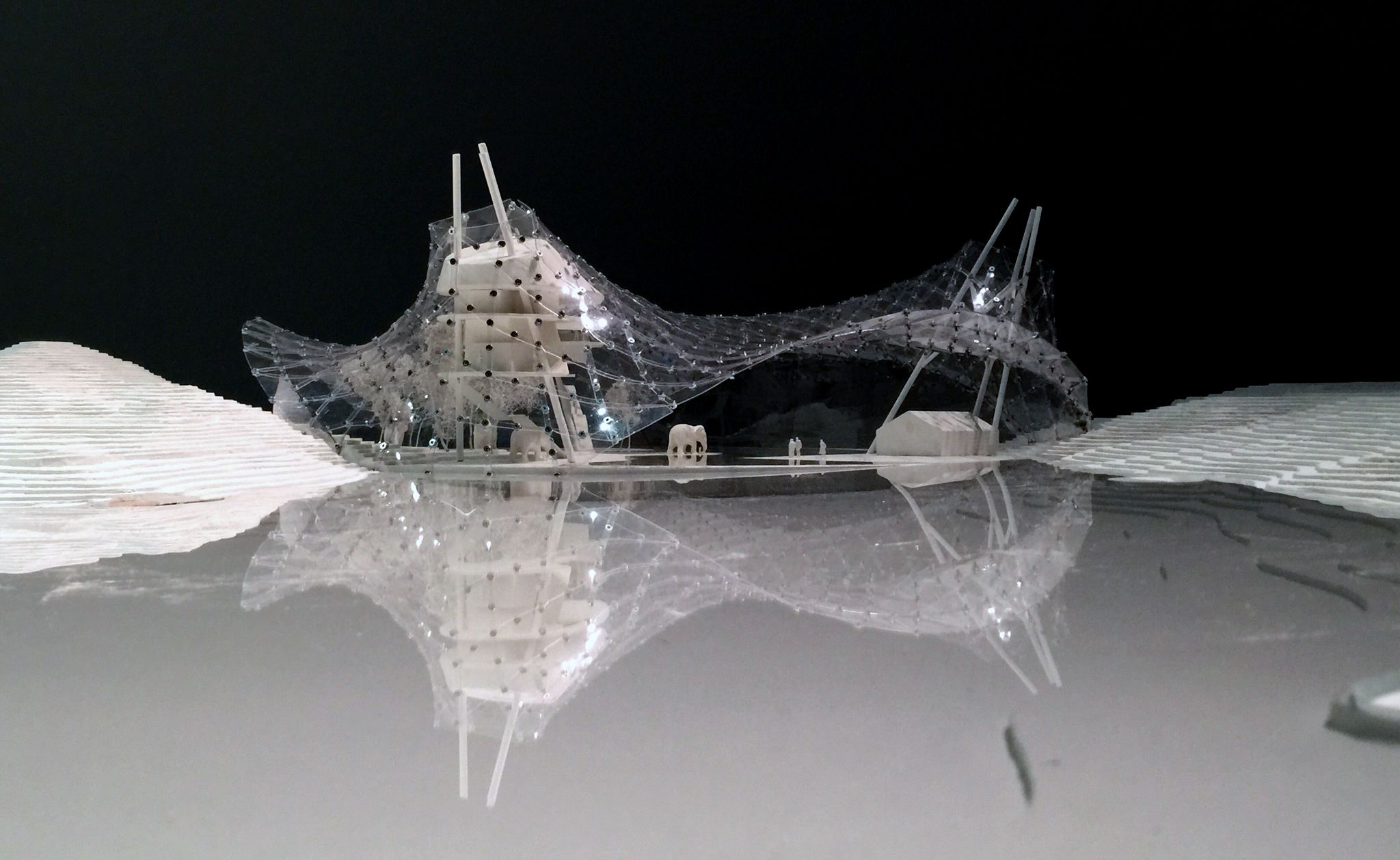 The exhibition in Norrköping was accompanied by a new hour-long performance that Peltz co-developed and performed with the Romanian performance-philosopher and theatre artist, Ioana Jucan. The performance was staged around the center piece of the exhibition, a 100:1 architectural model (see image above) for a refuge for unemployed elephants from the teak forests of Myanmar to be built in the Swedish glass factory town of Rejmyre, that Peltz developed along with the Danish utopian architect, Kristoffer Tejlgaard.