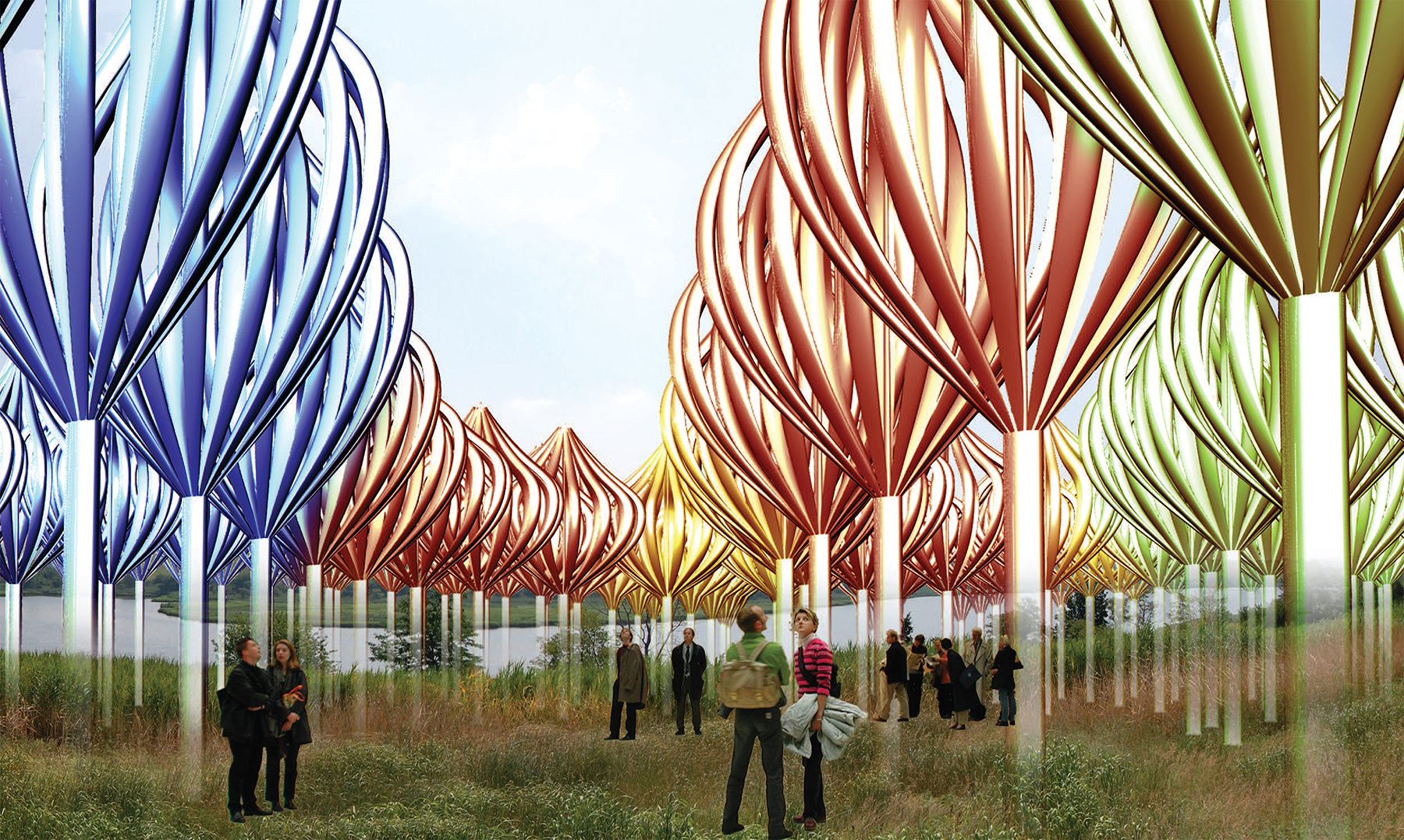 Written on June 30, 2014. Posted in Announcements + Updates, Architecture and Design.

The Whirlers were selected as an example of Renewable Energy solutions for a poetic and inventive site-specific public artwork that, and in addition to its conceptual beauty, have the ability to harness energy cleanly from nature and convert it to electricity for the utility grid presenting the opportunity to power the equivalent of thousands of homes with an artwork.

RENISLA2014 is one of the actions in partnership with the RENFORUS Initiative (Renewable Energy Futures for UNESCO Sites) initiated by UNESCO and aiming at promoting the use of UNESCO Sites (Biosphere Reserves and World Heritage Sites) as field observatories on the sustainable use of renewable energy sources to mitigate climate change and for enhancing and applying the climate change knowledge base for building green societies.

UNESCO sites are real examples of places of excellence where 100% Renewable Energy initiatives have been developed with the participation of local communities.

Among the works featured in the RENISLA2014 Forum, the Whirlers – an exhilarating Land Art energy system – are an example of the immense potential of aesthetically interesting renewable energy installations for sustainable urban planning. It was conceived as a three-dimensional grid of Darrieus Turbines that collects wind and transforms it for perceptive energy production. The energy system creates a new spatial experience conceived as a whirling artificial forest, changing the visual and thermal perception of the land by mixing natural and artificial elements. Ten thousand colorful turbines spin following the ground and wind direction, creating an inebriating visual experience ranging in color and scale reminding viewers of a spinning forest.