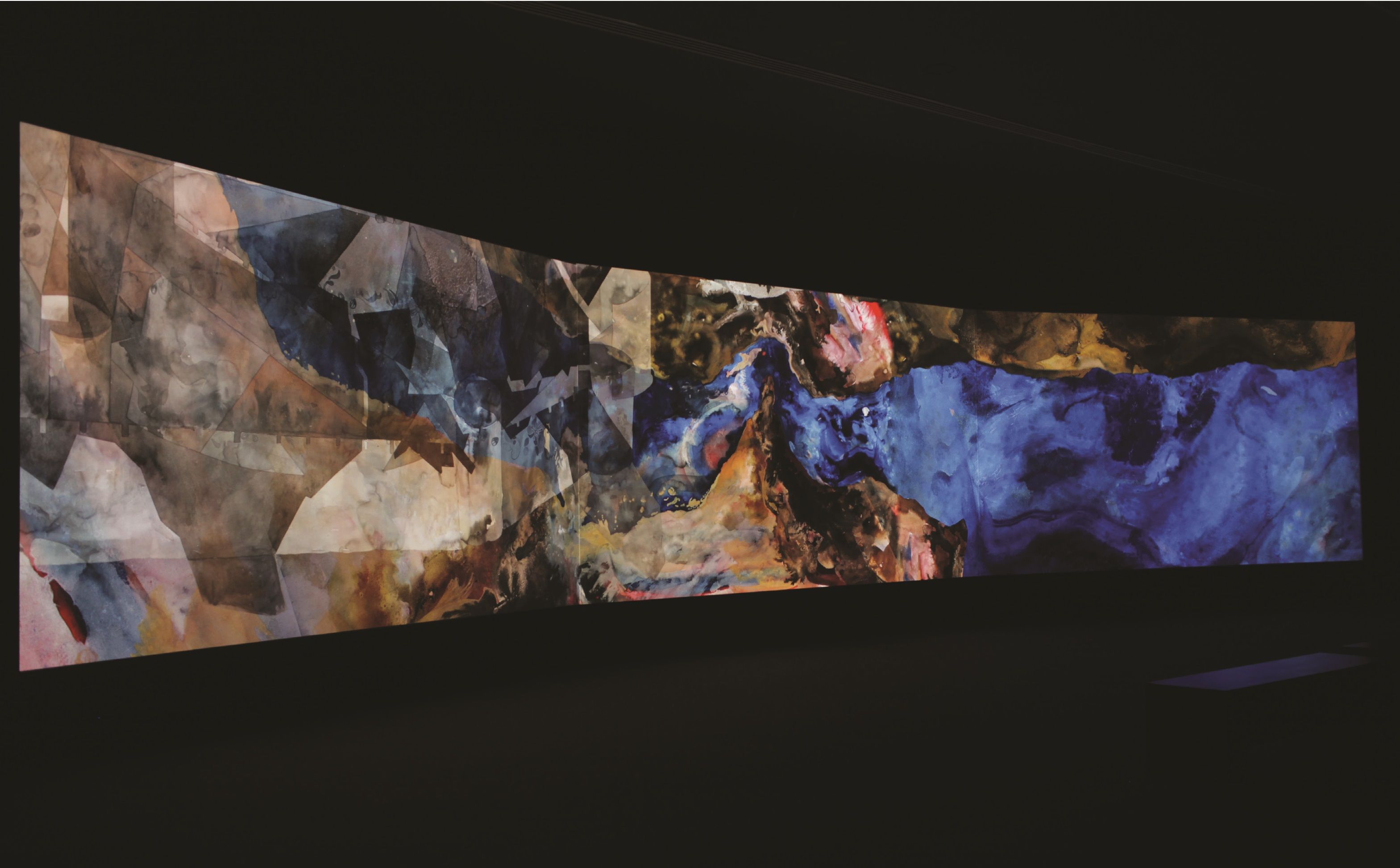 Shahzia Sikander was born in 1969 in Lahore, Pakistan, and currently lives and works in New York City. She holds a BFA from the National College of Arts, Lahore, Pakistan, and an MFA from the Rhode Island School of Design. Her work spans a variety of mediums including drawing, large-scale wall installations, animation and video. Sikander has successfully brought Indo-Persian miniature painting into the realm of contemporary art through subverting her training in the genre with commentaries on lived experience, art history and pop-culture.

Among her many recognitions, Sikander was appointed a Young Global Leader by the World Economic Forum in Davos, Switzerland in 2006. She is also the recipient of The Louis comfort Tiffany Foundation Award (1997), the Tamgha-e-imtiaz, Medal of Excellence award from the Government of Pakistan (2005), a MacArthur Foundation Fellowship Award (2006), and the Inaugural U.S. State Department Medal of Arts (2012).

“Drawing is a fundamental element of my process, a basic tool for exploration. I construct most of my work, including patterns of thinking, via drawing. Ideas housed on paper are often put into motion in the video animations, creating a form of disruption as a means to engage. I also stayed true to layering, a concept running throughout my practice. For the making of video animations, I went back to the fundamental use of ink drawings, crafting form out of color and gouache, scanning and threading them via movement. The breakdown of form also gives a stationary drawing the illusion of transformation, which as a topic has given me a lot of space to experiment and imagine throughout my work.” – Shahzia Sikander

Similarly to her miniature paintings, Sikander relies on the process of layering to create digital animation. Formal elements of technique, layering and movement of the digital animations help to unhinge the “absolute of contrasts such as Western/non-Western, past/present, miniature/scale.” Sikander explains her appreciation for the process of layering in digital animation, allowing the narrative to remain suspended and open for reinterpretation. Sikander states; “The purpose is to point out, and not necessarily define. I find this attitude a useful way to navigate the complex and often deeply rooted cultural and sociopolitical stances that envelop us twenty-four hours and day, seven days a week.

“Initially I explored the tension between illustration and fine art when I first encountered miniature painting in my late teens. Championing the formal aspects of the Indo-Persian miniature-painting genre has often been at the core of my practice.” – Shahzia Sikander

The talk is sponsored by the South Asian Student Association.