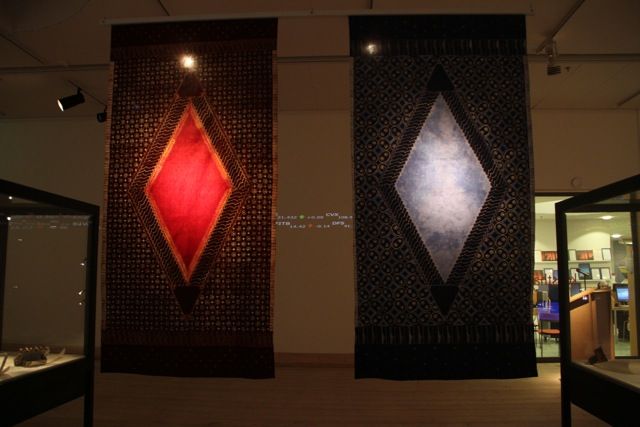 With support from the RISD Professional Development Fund to produce some elements for the show, Peltz brought together artifacts from public projects conducted over the last five years. The fund supported the printing of three images of glass objects on aluminum plates; the images feature objects made by glassworkers in the Rejmyre Glasbruk and are presented as self-portraits of the workers. The objects were made based on a symbolic language that represents glass making gestures, a language Peltz developed as a means of communicating with the glass workers. The specific score for these three objects reads:

The prints are 150cm by 100cm printed directly onto aluminum and serve to enlarge and amplify the trace of each action that makes up each object.