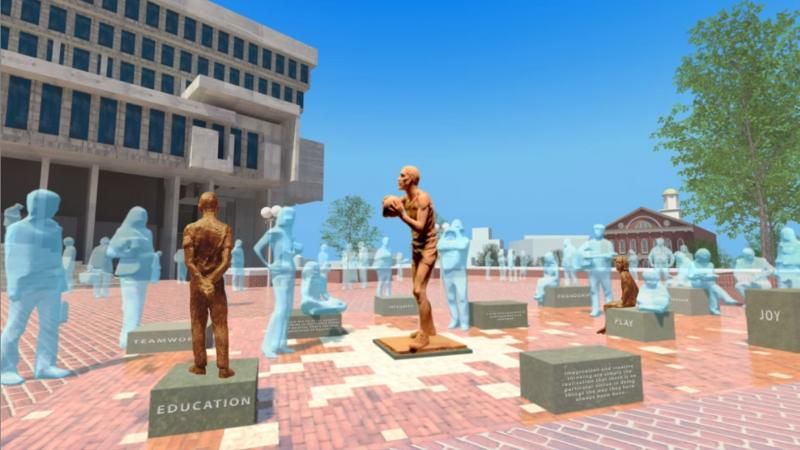 Bill Russell is a former Boston Celtics’ Captain and five-time NBA Most Valuable Player. The first African American to coach the NBA – or any major sport at the professional level in the U.S. – Russell is also an impassioned advocate of human rights. The Bill Russell Legacy Project was established to commemorate his achievements in professional sports, as a national leader in human rights as well as his contributions and impact as a mentor to youth in the Boston community.

A statue of Russell and a series of related plinths featuring words and quotations illuminating his accomplishments will be installed at City Hall Plaza, Boston. Animation of the proposed installation