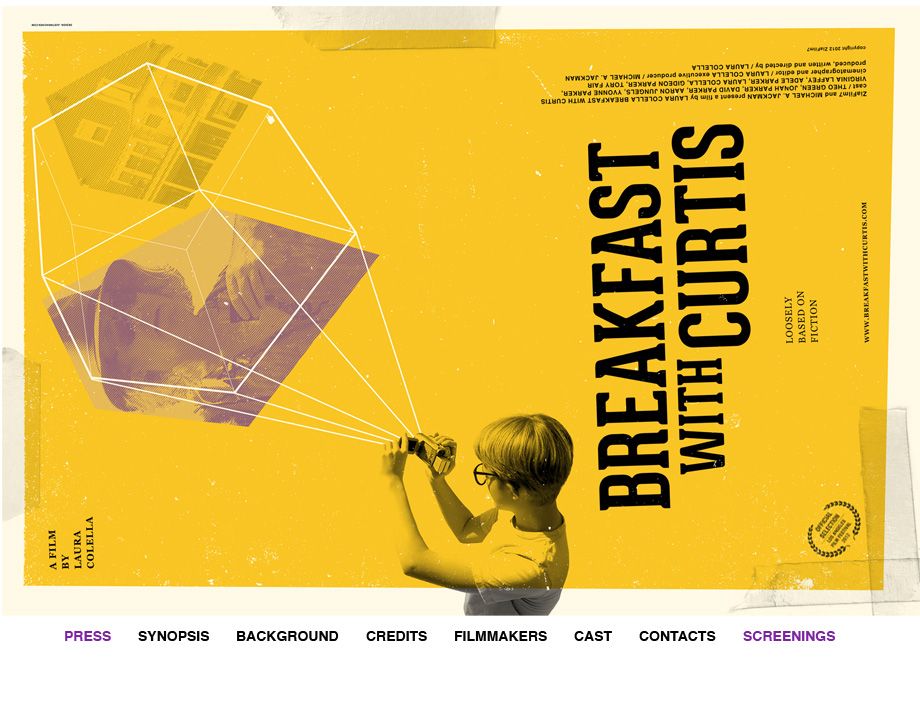 Laura Colella’s (Senior Critic, FAV) most recent feature film, “Breakfast with Curtis,” has been nominated for the John Cassavetes Award in the Independent Spirit Awards.

In “Breakfast With Curtis,” Syd, an eccentric bookseller with delusions of grandeur fueled by red wine, caused a rift five years ago between the bohemian residents of his house and the family next door. Driven by fervor for a new creative project, Syd now tries to draft the boy next door as a videographer. Troubled 14 year-old Curtis is reluctant at first, but soon grows to relish working with Syd. Their unlikely collaboration dissolves bad blood and reveals repressed secrets among residents of their houses. Past connections are revealed, and new ones sparked, as Curtis’s seminal summer brings a season of change for everyone.

The Spirit Awards celebrates artist-driven filmmaking and recognizes the finest achievements of today’s independent filmmakers. The Independent Spirit John Cassavetes Award is presented to the creative team of a film budgeted at less than $500,000. It is named after actor/screenwriter/director John Cassavetes, a pioneer of American independent film.